The Sierra
The Sierra gets blasted by some of the most intense winter storms in the world. The most powerful of these Pacific weather systems boast an atmospheric circulation exceeding one thousand miles across. Such systems can generate wind gusts approaching 200 miles per hour over mountain ridges and produce snowfall measured by the yard.

Satellites
Large-scale storms are easy to track as they roar east across the Pacific Ocean or drop down to California out of the Gulf of Alaska. Satellite-derived images of advancing storms are now commonplace on television weather forecasts. The launch of the world's first weather satellite from Cape Canaveral on April 1, 1960, dramatically demonstrated the advantage of mapping the earth's cloud cover from satellite altitudes.

Today, forecasters rely on geostationary satellites to provide much more than a picture of cloud structures. New technologies include infrared imaging to measure cloud top temperatures; this helps determine precipitation intensity, as well as temperature and moisture profiles.

Jan Null, a Certified Consulting Meteorologist and retired National Weather Service forecaster in San Francisco, has seen many forecasting improvements during the last ten years or so. "The abundance of real-time weather observations in the Sierra is a great boon," he said. "I remember the 'old days' when Blue Canyon (along Interstate 80) was the only overnight observation station in the entire range." Null also credits higher resolution in numerical computer models that "do a better job of resolving the Sierra's terrain and consequently precipitation patterns and amounts." Computer models that several years ago could only provide a forecast three to five days in advance, now go out to sixteen days (384 hours).

Radar
For real-time observations, weathercasters at Lake Tahoe and in western Nevada utilize a NEXRAD (NEXtgenerationRADar) Doppler radar perched on top of Virginia Peak at elevation 8,299 feet, located 15 miles northeast of downtown Reno. This elevated position gives the radar the ability to "read" the atmosphere 100 kilometers in any direction, which includes "upstream" activity the west of Donner Pass. The radar is helpful in analyzing atmospheric conditions over the high country of the Central Sierra, but its sweep is not low enough to see what's happening in the valleys of western Nevada.

Accuracy Improving
Over the last few decades, there has been a revolution in the accuracy of weather forecasts, a direct outgrowth of research, technological developments and an increased understanding of how the atmosphere works. The accuracy of short-range, two- to three-day forecasts continues to improve. Precipitation forecasts for this 36-60-hour time frame are now more accurate than 12-36-hour predictions were in the 1970s. The skill of a five-day forecast has more than doubled in the last decade.

The Coming Winter: Moderate La Niña (Maybe)
Yes, but what about a forecast for this winter? Last year a weak El Niño event sparked hopes for a big winter, but only 275 inches of snow fell on Donner Summit, well below the average of 410 inches in a normal year. This year, however, prognosticators are eyeing a moderate La Niña chilling in the Pacific. In contrast to the warmer waters associated with an El Niño event, a La Niña episode is characterized by cooler than normal sea surface temperatures in the eastern and central equatorial Pacific.

El Niño and La Niña are opposite counterparts of a cyclical atmospheric pressure swing known as ENSO (El Niño - Southern Oscillation). La Niñas occur after some, but not all, El Niño years. This seesaw of pressure affects equatorial wind speed and direction and influences weather patterns in the California Sierra, as well as around the globe.

Typical jet stream and cloud patterns in the Pacific Ocean during a La Niña event feature a well-developed subtropical jet stream bringing moisture to the Northwest from Hawaii, known locally as the "Pineapple Express." This "Maui Connection" occurred during the moderate La Niña of 1995-1997, which generated several large flood events, including the catastrophic 1997 New Years Flood on the Truckee River.

Occasionally, blocking high pressure in the Gulf of Alaska will pull the polar jet stream into the mix. Dense cold air wedging under moist sub-tropical clouds streaming up from Hawaii can produce heavy snowfall. A moderate La Niña during the winter of 1906-07 dumped more than 73 feet of snow on the Sierra, still the all-time record.

Professional weather pundits are paid by utility companies, farmers, ski resorts and the hydroelectric industry, but despite their best efforts, accurately predicting weather patterns months in advance is virtually impossible. At this time, the National Weather Service's Climate Prediction Center is predicting above average precipitation from about Tahoe north into the Pacific Northwest and Northern Rockies with a probability of warmer than normal temperatures from Tahoe south. The extent of the temperature anomaly and the timing of the ENSO pulse are critical to the Pacific's winter storm track. Strong La Niñas produce more powerful polar jet streams that tend to be very cold, but rather dry. The last strong cold ENSO occurred during the parched winter of 1988-89.

In the Tahoe-Truckee area, La Niña-influenced winters tend to be drier than normal, but not exceptionally so. Historically, moderately cold ENSO events bring a wetter than normal November and December to the Northern Sierra. January through March tend to be hit and miss and precipitation less reliable. At best, any long-range winter forecast for our region is an educated guess. When forecasting Sierra weather patterns, there are no easy answers.

Editor: Check back here at Tahoetopia.com for all the current, local weather conditions, forecasts, and updates on the longer-run outlook as they are available. Mark McLaughlin is a weather historian who lives on the North Shore of Lake Tahoe. 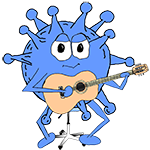 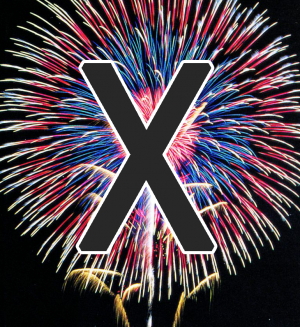