Customers have been enjoying the great taste of Port of Subs sandwiches for 40 years. In 1972, two brothers from New Jersey opened a modest submarine shop in Sparks, Nevada called the “Sub Shop”. John Larsen, a Public Accountant who had been advising the Sub Shop owners, seized the opportunity to purchase an interest in the business and later bought the business in 1975. After taking the helm, Larsen sponsored a community-wide contest to choose a name for the Sub Shop to differentiate it from imitators. In a review of more than 10,000 contest entries, Larsen chose the name...”Port of Subs®”.

Between 1975 and 1985 the Larsens developed ten company-owned units. Throughout the years many people approached them asking for units in other cities because the quality and taste of their products was outstandingly unique. Therefore, with the help of Francorp, the nation’s largest franchise consulting firm, the company began franchising in 1985.

Over the years the Port of Subs® brand has become synonymous with quality sandwich making and superior customer service. Port of Subs® made-fresh-to-order sandwiches are prepared while the customer looks on and the unique taste comes from freshly sliced, top quality meats and cheeses, freshly baked breads and zesty dressings and spices. Port of Subs® also offers a breakfast sandwich, hot sandwiches, fresh salads, chips, an extensive line of party trays, desserts and a variety of refreshing beverages.

Currently Port of Subs® has more than 140 units open in seven Western states. Over the years Port of Subs® has developed a proven, effective system of operation that will give you the edge necessary to create a thriving business. 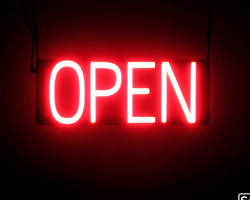